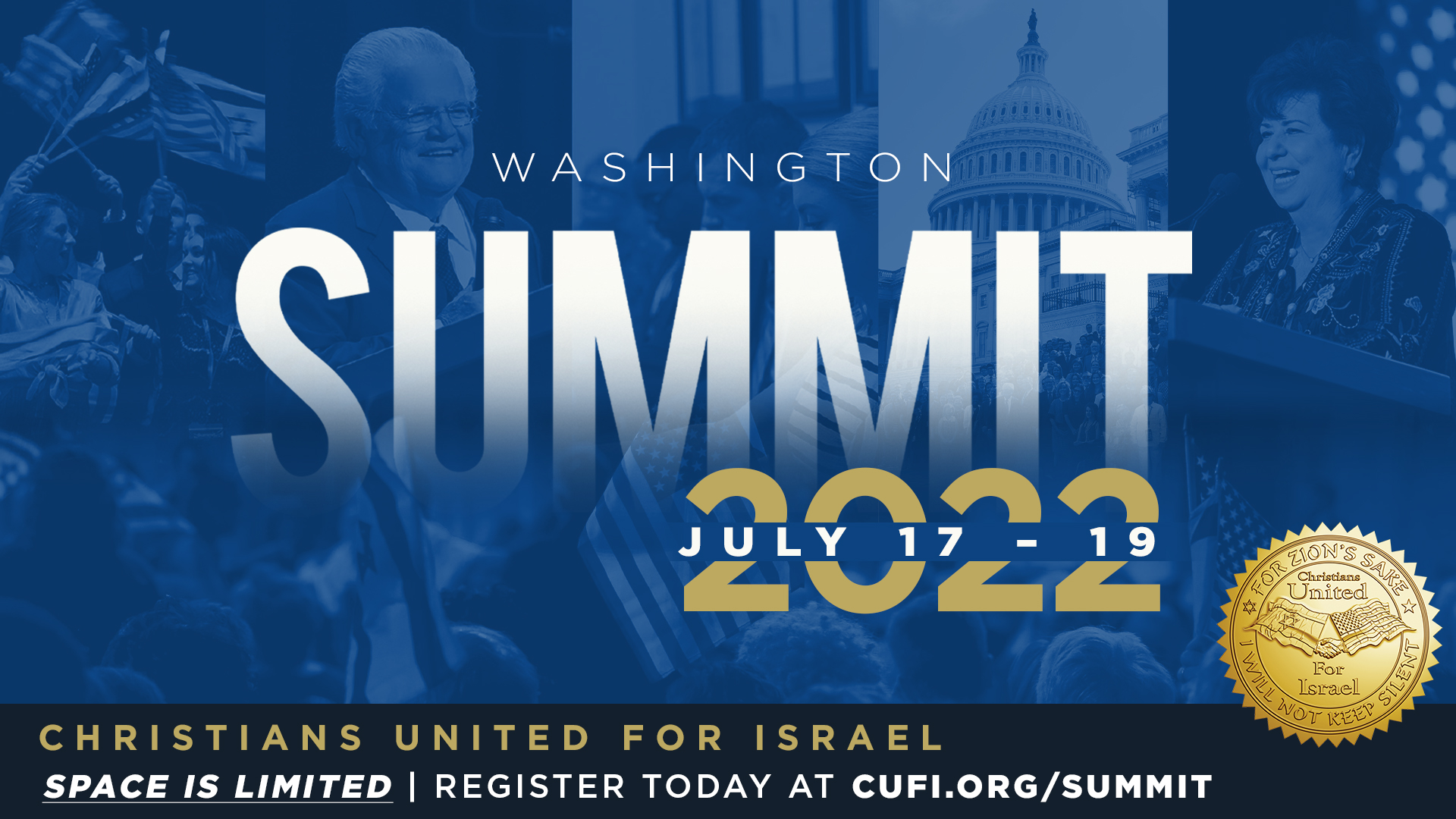 WASHINGTON – Next week, Christians United for Israel (CUFI), the nation’s largest pro-Israel organization, will welcome more than 1,000 of the group’s top leaders to its first Washington Summit held in person in the DC area since the Covid-19 pandemic prevented the annual gathering from taking place in the nation’s capital. As arrangements for this year’s Summit were made while significant Covid-19 restrictions were still in place in Washington, this year’s event will be held in Crystal City.

“We had to make decisions about the Summit’s size and location some time ago but concluded that a smaller Summit than usual was far preferable to forgoing the event. It is absolutely vital that our elected officials hear from their pro-Israel constituents in person and in our nation’s capital,” said CUFI founder and Chairman Pastor John Hagee.

At this year’s Summit, attendees will lobby their elected officials in support of three pieces of legislation: The DEFEND (Deterring Enemy Forces and Enabling National Defenses) Act of 2022 (S.4366/H.R.7987), The Fiscal Year 2023 House and Senate State-Foreign Operations Appropriations Bills, and the COI Elimination Act (S.4389/H.R.7223).

“From countering both Iran’s malign activities and yet another U.N. anti-Israel witch-hunt to ensuring Israel maintains its qualitative military edge in the region, this year’s Summit legislative agenda covers a lot of vital ground. CUFI’s members are chomping at the bit to sit and discuss these important issues with their legislators, and we are thrilled to be able to facilitate those conversations,” said CUFI Action Fund Chairwoman Sandra Parker.

Further details about the legislation, as well as a livestream of key Summit plenary sessions, background about CUFI and photos taken during the Summit can be found here.