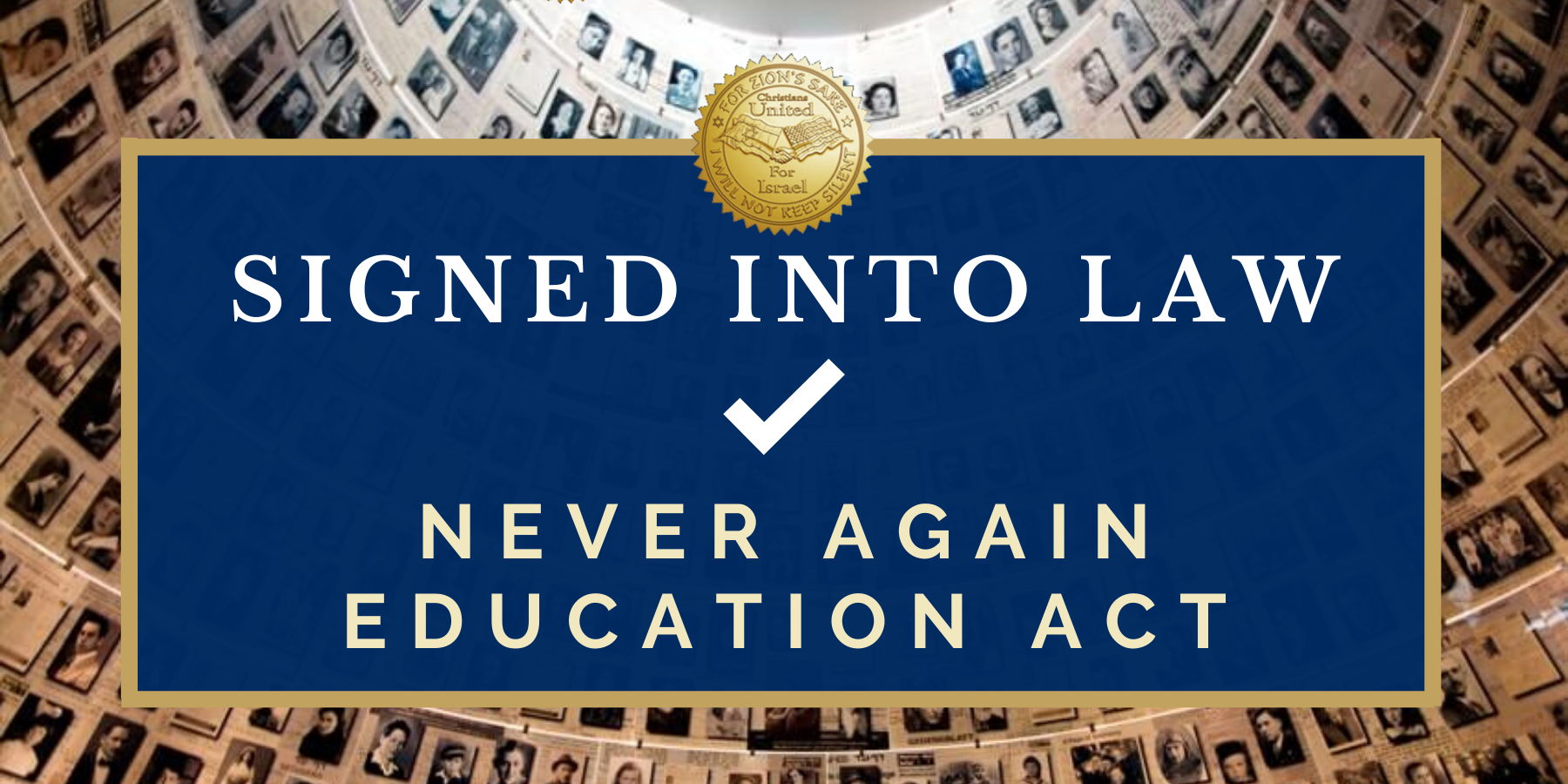 “This is an important win for our country. With the abhorrent rise in anti-Semitism sweeping across the nation we’ve seen the dramatic impact that ignorance about the Holocaust can have. No student’s education is complete without a firm understanding of the greatest genocide ever committed. This legislation takes an important step forward in ensuring the next generation understands the horrors and dangers of anti-Semitism. I am very grateful to the President for signing this bill into law,” said CUFI founder and Chairman Pastor John Hagee.

“The President signing this bill today shows what a committed, bipartisan group of elected officials can do when they have the active support of the people and right on their side. We are very grateful to the leaders in Congress who moved this bill forward and to the President for signing this legislation,” noted CUFI Action Fund Chairwoman Sandra Parker.