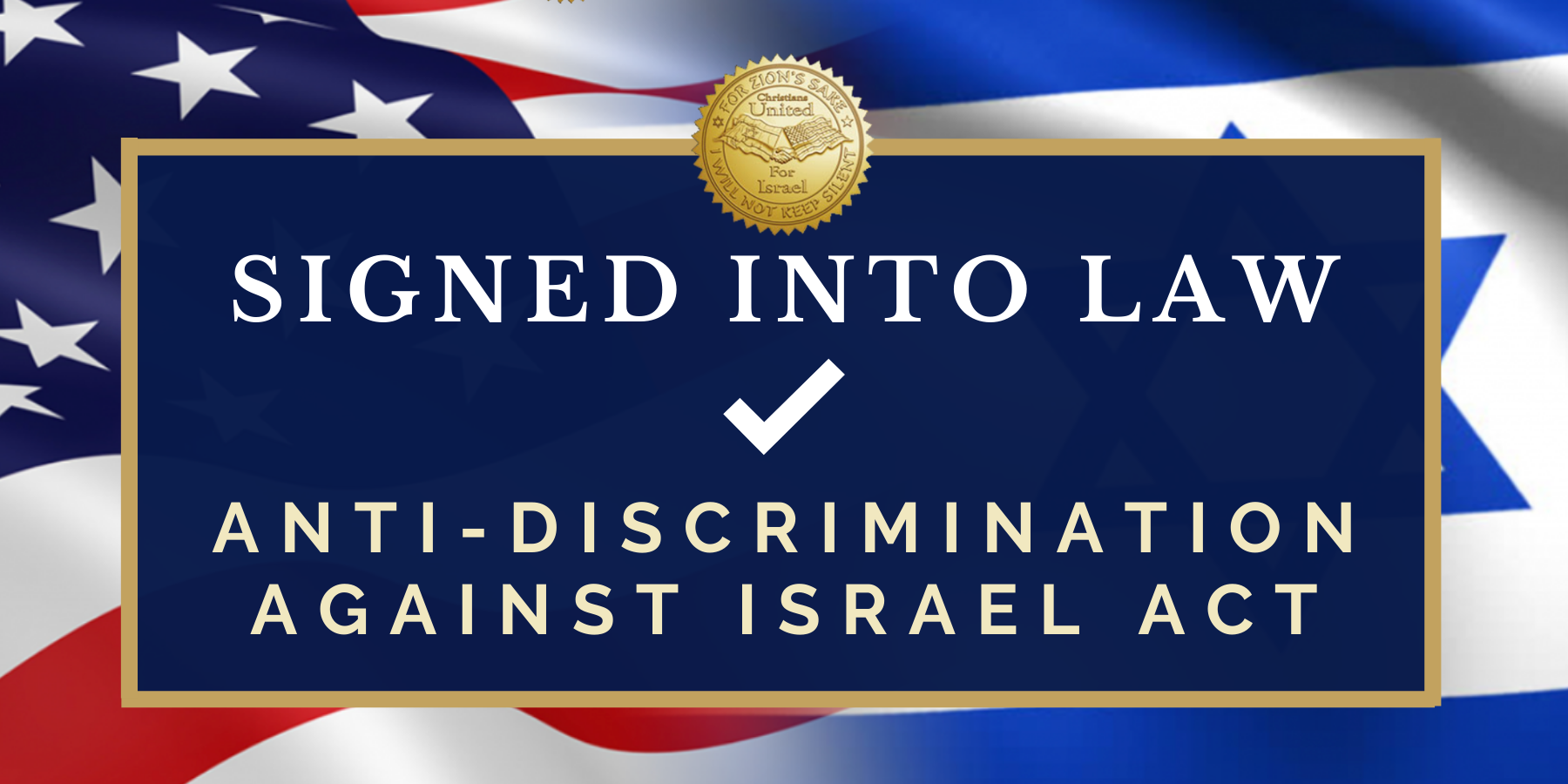 “We applaud Governor Parson’s for signing this legislation and making clear that Missouri will not be party to the economic warfare waged by Israel’s detractors. Missourians can now rest assured that their tax dollars will not be used in furtherance of the anti-Semitic movement to boycott, divest from and sanction (BDS) Israel.” said CUFI founder and Chairman Pastor John Hagee.

“Even where it masquerades as anti-Zionism we will continue to roll back the anti-Semitic tide that is sweeping across the country,” Hagee added.