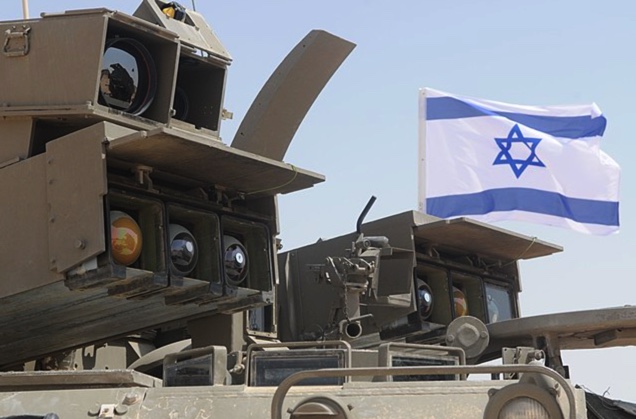 “CUFI and its members applaud Congress for supporting U.S.-Israel missile and drone defense programs, furthering efforts to create a regional air-defense partnership among U.S. allies in the Middle East, and prohibiting the transfer of any funds to the Islamic Republic are essential to U.S. interests in this critical legislation.

“The incorporation of the Deterring Enemy Forces and Enabling National Defenses (DEFEND) Act – a core element of CUFI’s legislative agenda – and increased support for the Nonprofit Security Grant Program (NSGP) are particularly gratifying. We look forward to American allies in the Middle East, including Israel, moving closer into entering into a regional air-defense partnership, and for the availability of greater resources to combat antisemitism in America.

“President Biden should sign the NDAA without delay and demonstrate to our allies and adversaries that America is clear-eyed about the threats we face and unwavering in its commitment to defeating them.”

“In advancing the DEFEND Act and prohibiting the U.S. from following through on offers to provide unprecedented sanctions relief to the oppressive and murderous regime in Tehran, Congress has made clear that the American people expect that elected leaders will confront the Islamic Republic with a firmer hand. It is incomprehensible that Washington would consider throwing an economic lifeline to the regime while brave Iranians risk their lives to destroy the system that has robbed generations of the opportunity to live in freedom, prosperity, and friendship with the international community.

“Ever since Majority Leader Schumer called for an increase in support for the NSGP, we have been actively engaged in that effort. Every American should be able to worship God as they see fit and free of fear. Jews are unable to do so today in the United States because the threats of antisemitic violence including hostage taking and murder are sadly and despicably real. Americans are being terrorized from within and it is entirely unacceptable and incompatible with our values. From enhancing Holocaust education to state and local adoption of the International Holocaust Remembrance Alliance’s definition of antisemitism, more needs to be done, and including support for the NSGP in the NDAA is a step in the right direction.”

With more than 11 million members, Christians United for Israel is the largest pro-Israel organization in the United States and one of the leading Christian grassroots movements in the world. CUFI spans all fifty states and reaches millions with its educational message.