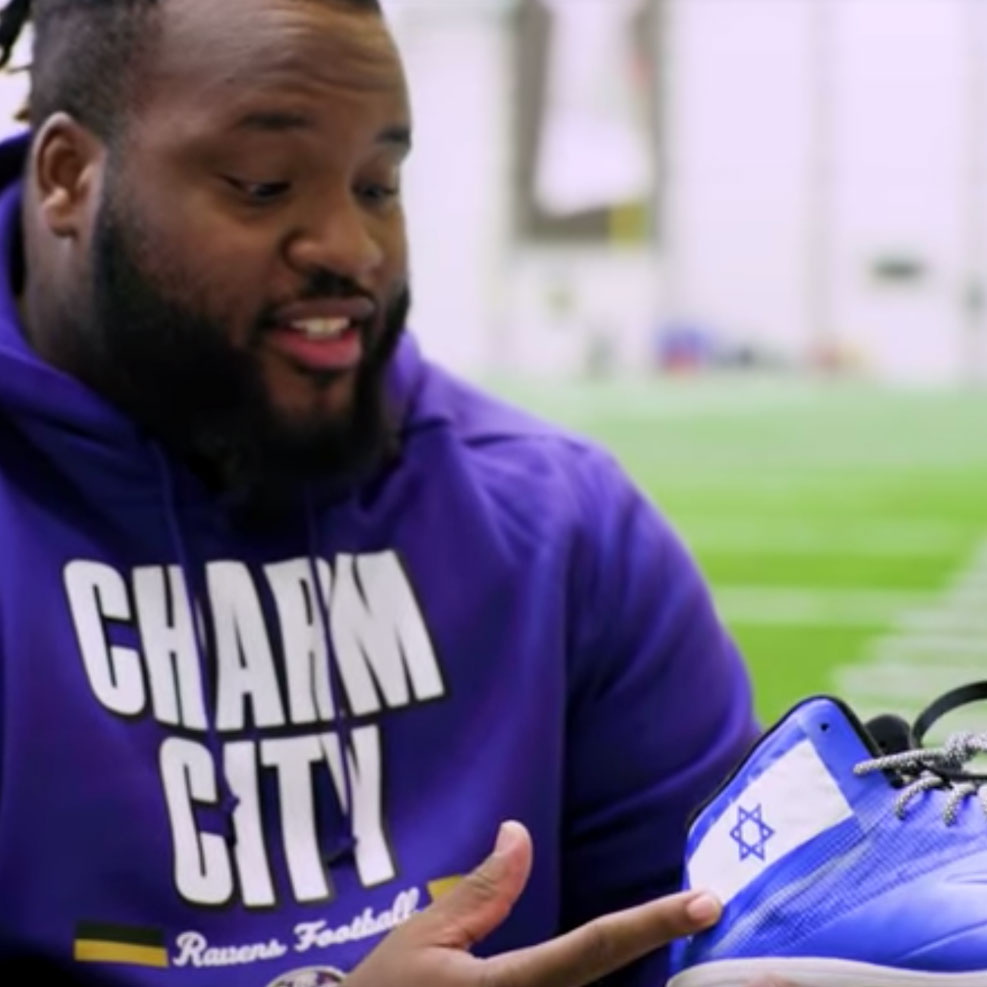 NFL player honors Israel on his cleats after ‘life-changing’ trip

One player in the National Football League was so moved by a trip to Israel in March, that he dedicated his cleats to Israel and the group that brought him there.

Baltimore Ravens defensive tackle Michael Pierce chose “Israel Collective” to be featured on his blue-and-white cleats for the NFL’s “My Cause, My Cleats” campaign.

“Israel Collective has been a life-changing thing for me,” Pierce said. “Having the Israel flag in front and center was paramount for me. I needed that to be right where it is.”

“In the wake of the recent shooting at a synagogue in Pittsburgh, and rising anti-Semitism in general, Michael’s support for Israel and the Jewish people have been a source of healing and encouragement for them,” Ahrens said. “I’m getting calls from friends in Israel asking me to tell Michael how much it means to them to see an openly Christian public figure express his love and support for them in these difficult times. This is a much-needed example of courage and love in action.”