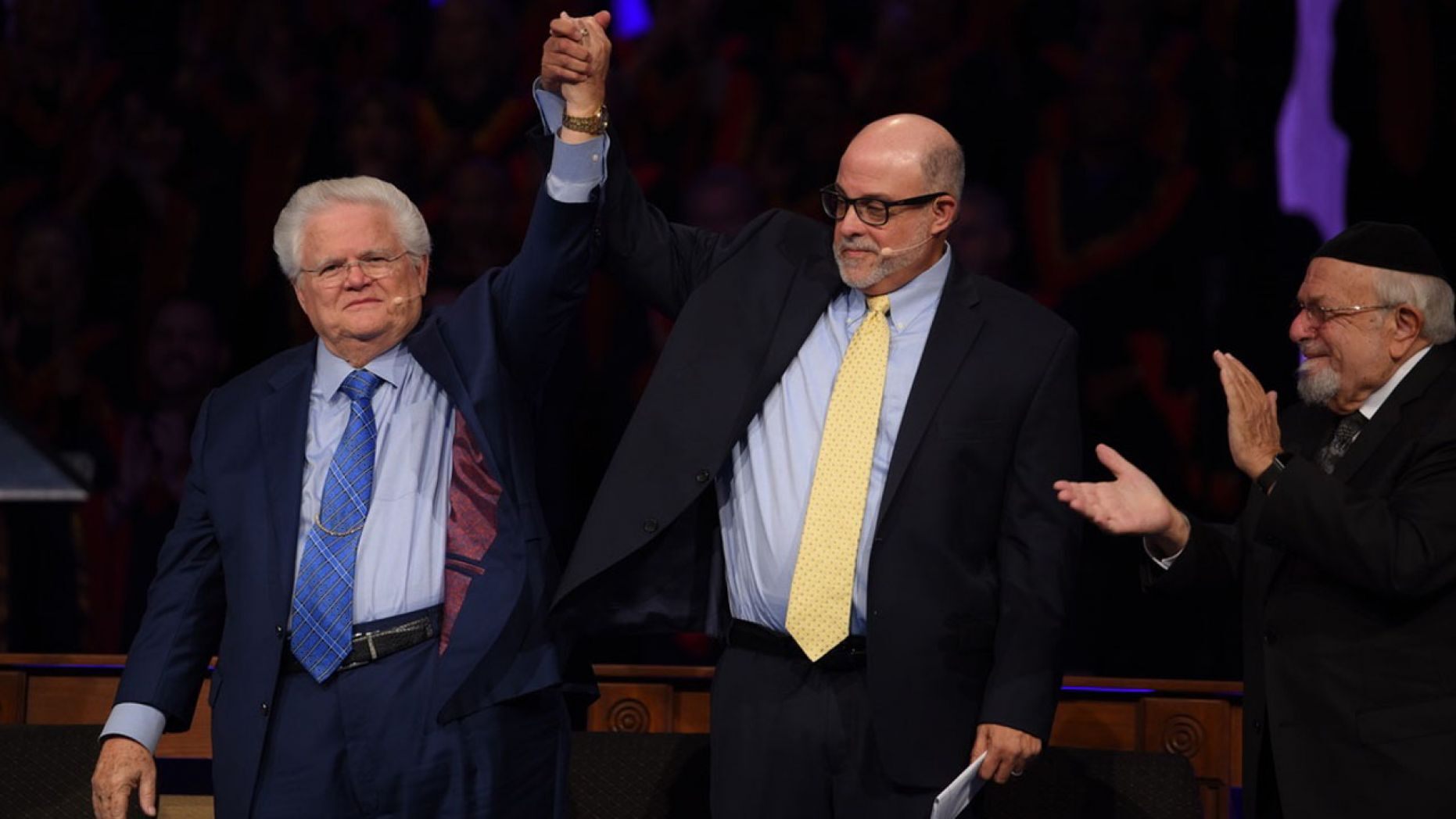 Conservative commentator Mark Levin and Pastor John Hagee contributed to the fight against anti-Semitism with a “historic” event Sunday night that raised more than $1.35 million for Israeli and Jewish charities.

More than 5,000 people attended the annual Night to Honor Israel event at Hagee’s church in San Antonio, Texas, in which Hagee and Levin made resounding remarks as those gathered marked the first anniversary of the deadliest anti-Semitic attack in U.S. history, when 11 people were killed and six injured after a man entered the Tree of Life Synagogue on Oct. 27, 2018, in Pittsburgh.

“Think about it, never in the history of Christianity have millions of Christians united for the sole purpose of defending the nation of Israel and to protect the Jewish people from every vestige of anti-Semitism,” Hagee, the founder and senior pastor of Cornerstone Church, told the crowd. “Anti-Semitism is a daily event in America and is something that should concern us all.”

The founder and chairman of Christians United for Israel, which now boasts over 7 million members, said the members of his organization are “ready to fulfill the words of the Prophet Isaiah, ‘For Zion’s sake we will not keep silent, and for Jerusalem’s sake, we will never be quiet.'”

Levin, the host of “Life, Liberty and Levin,” railed against anti-Semitism spreading at an alarming rate and attacks against Israel.

“America and Israel are forever bound,” the talk radio host said. “The people who love America love Israel … and the one place that Christians flourish in the Middle East is the state of Israel.”

Levin praised President Trump for his actions toward the Jewish State saying, “We used to subsidize the Palestinian Authority, but the president said, ‘enough is enough.'”

Hagee Ministries has donated more than a total of $100 million to Israeli and Jewish charities to date.