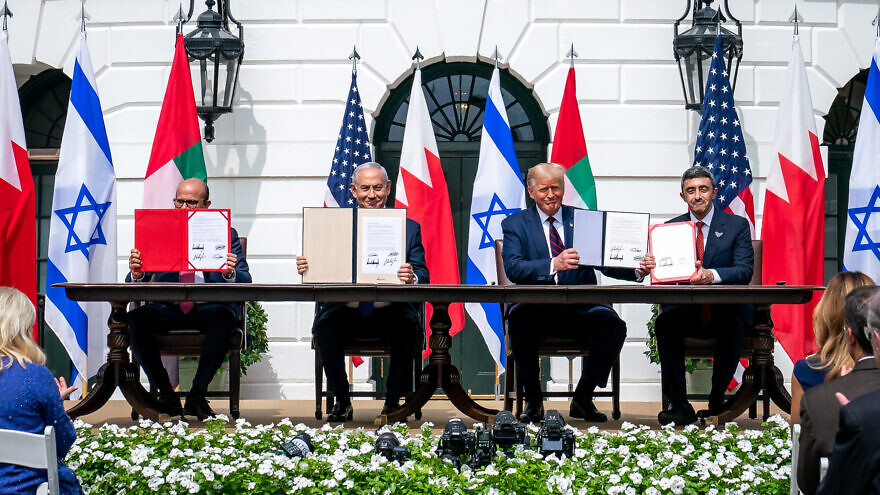 WASHINGTON—Jewish and pro-Israel groups applauded the United Arab Emirates and Bahrain for signing historic agreements at the White House on Tuesday to normalize relations with Israel, the first Persian Gulf nations to normalize ties with the Jewish state.

The American Israel Public Affairs Committee called the ceremony “a historic event in the advancement of peace and reconciliation in the Middle East.”

“Today’s ceremony sends a clear message that it’s a new era for Israeli-Arab relations. Peace in the region is possible through diplomacy, mutual recognition and negotiation,” said AIPAC. “We hope other nations in the Middle East and the Palestinian leadership will follow this inspiring example to bring conflicts in the region to an end and promote prosperity and cooperation.”

“The historic agreements signed today show that peace is on the march and the so-called Arab-Israeli conflict is increasingly an anachronism. Israel is strong and flourishing, and the Arab world is coming to see the Jewish state not as a foe, but as an ally against Iran and a partner for peace and prosperity,” said Christians United for Israel (CUFI) chairman Pastor John Hagee in a statement. “It is my sincere hope and prayer that other Arab nations will follow the UAE and Bahrain’s lead, and that the Palestinian leadership, in particular, will accept that peace with Israel is the only path forward.”