Jewish, Israel-related groups react to US announcement on settlements 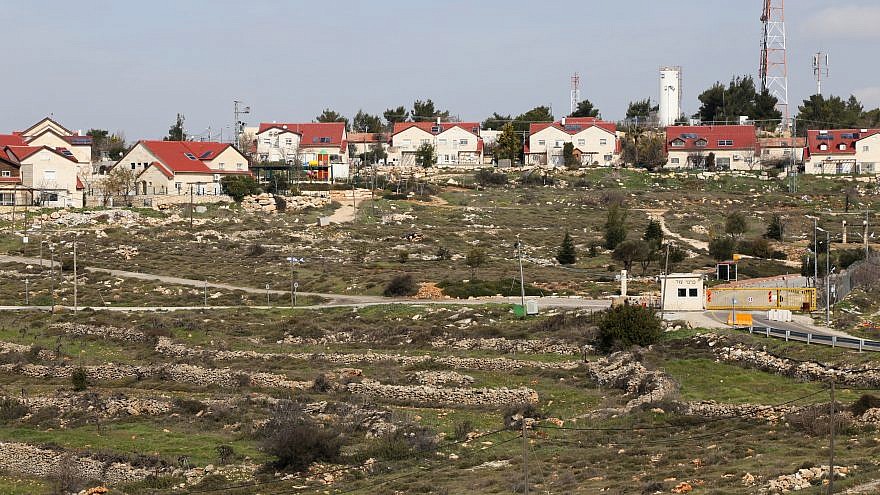 (November 18, 2019 / JNS) Several Jewish and Israel-related groups quickly reacted to the major announcement by U.S. Secretary of State Mike Pompeo that it would no longer view Jewish settlements in Judea and Samaria as illegal under international law.

“We applaud the administration’s decision to rescind the assertion that Israeli settlements are illegal under international law,” B’nai B’rith International CEO Daniel Mariaschin told JNS. “U.N. resolutions 242 and 338 laid the groundwork for a solution to the Middle East conflict in which the parties would negotiate directly with each other over land, rather than return to 1949 or 1967 boundaries that were neither secure nor mutually recognized. The false characterization of Israel’s presence in parts of the West Bank as ‘illegal’ only prejudged the outcome of future negotiations and was an impediment to the peace process.”

“After carefully studying all sides of the legal debate,” Pompeo told reporters at the State Department on Monday, the United States has concluded that “the establishment of Israeli civilian settlements in the West Bank is not, per se, inconsistent with international law.”

“Calling the establishment of civilian settlements inconsistent with international law hasn’t worked. It hasn’t advanced the cause of peace,” he said. “The hard truth is that there will never be a judicial resolution to the conflict, and arguments about who is right and who is wrong as a matter of international law will not bring peace.”

He further noted that the ultimate status of these neighborhoods must be decided by Israelis and Palestinians.

Other groups, including the Zionist Organization of America and Christians United for Israel, applauded the announcement, while J Street and the Israel Policy Forum slammed it.

He added that “Jewish communities there comprise less than 2 percent of all of Judea-Samaria. The fact that the Arabs have rejected statehood offers three times in the last 19 years proves the Arab war against Israel is not about ‘settlements,’ but a rejection of Israel’s existence within any borders.”

“CUFI did not agree with the Hansell Memorandum’s conclusion, and we welcome its revocation,” the organization told JNS. “Our policy of not taking a position on final-status issues remains unchanged.”

Republican Jewish Coalition executive director Matt Brooks tweeted, “@realDonaldTrump THANK YOU for your decision to reverse US policy regarding #Israel settlements. You are the MOST PRO ISRAEL PRESIDENT in history.”

Sarah Stern, founder and president of the Endowment for Middle East Truth (EMET), told JNS that “what has stood at the very core of the problem of the lack of progress towards peace is the Palestinian reluctance to recognize any border, even the 1948 border, or the 1949 armistice lines, as legitimate and the failure on the part of the Palestinians to recognize the existence of a Jewish state, anywhere. That is why, to this very day, their textbooks show that all of Israel, even within the pre-1967 borders, is ‘Palestine.’ ”

Liberal Jewish and Israel-related groups panned the announcement by Pompeo.

J Street said it views the move as an obstacle to peace by the Trump administration, as well as a way to boost Netanyahu as his Likud Party has struggled to form a governing coalition following the second Israeli election this year.

“With their actions and rhetoric, the president and his advisers have given the Israeli government carte blanche to expand settlements, entrench occupation and move towards formal annexation of the West Bank,” said J Street president Jeremy Ben-Ami in a statement. “By discarding decades of bipartisan U.S. policy and flagrantly disregarding international law, they are trampling on the rights of Palestinians and helping the Israeli right-wing to destroy Israel’s future as a democratic homeland for the Jewish people.”

“@SecPompeo’s reversal of decades of U.S. policy is a green light for Israeli annexation of the West Bank, which will permanently impede prospects for a two state solution. @realDonaldTrump doesn’t understand what it means to be pro-Israel & Jewish voters reject his recklessness,” she tweeted.

“AIPAC does not take a position on settlements. We believe settlements should be an issue for direct negotiations between the parties, not something determined by international bodies. The Palestinians must stop their boycott of US & Israeli officials and return to direct talks,” tweeted AIPAC.

“The revised U.S. position announced today by Secretary Pompeo relates to a question of international law, which has been repeatedly used as a weapon against Israel on the world stage,” said American Jewish Committee CEO David Harris in a statement. “We hope the policy shift will prompt a long overdue correction in international perceptions.”

However, continued Harris, “We trust it will not serve as a predicate for increased settlement activity beyond the established blocs widely expected to be recognized as part of Israel in any conceivable two-state compromise.”