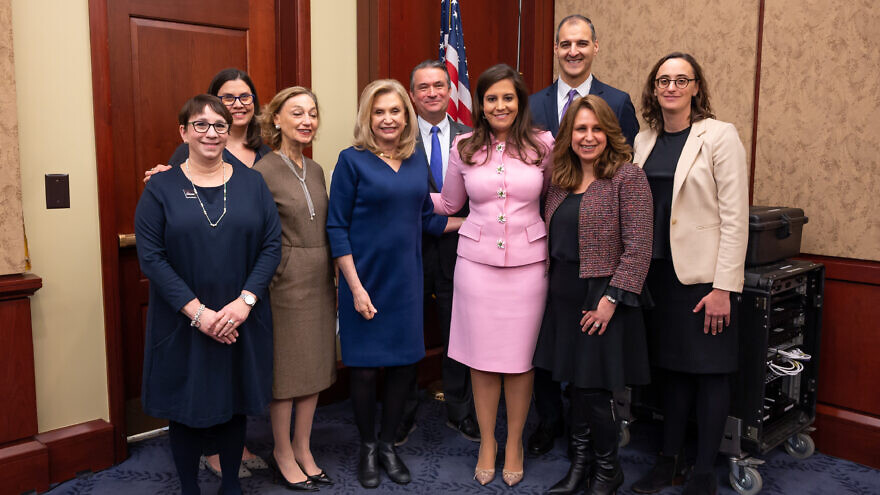 Amid the rise in anti-Semitism in the United States and abroad, U.S. President Donald Trump signed the Never Again Education Act into law on Friday as part of Jewish American Heritage Month, one month after the 75th anniversary of the defeat of Nazi Germany.

The story behind the passage of this landmark legislation is one that transcended the usual partisan politics of Washington, D.C., bringing together Jewish and Christian groups, and liberal and conservative lawmakers in a rare display of bipartisanship to have a measurable impact on awareness and understanding of the ramifications of the Holocaust.

“Unfortunately, we have an seen a significant spike in anti-Semitic attacks and vandalism over the past few years, and these undeniably disturbing events spurred action,” said Rep. Carolyn Maloney (D-N.Y.), who introduced the bill in the House and who has waged a multi-decade effort to pass such legislation.

Citing an Anti-Defamation League report released this month that showed that 2019 consisted of the highest number of anti-Semitic incidents in four decades, she said that “both sides of the aisle saw how urgent this is, and this bill was bipartisan from the start.”

The new law seeks to expand the U.S. Holocaust Memorial Museum’s education programming to teachers nationwide, requiring the museum to develop and disseminate resources to improve awareness and understanding of the Holocaust and its lessons.