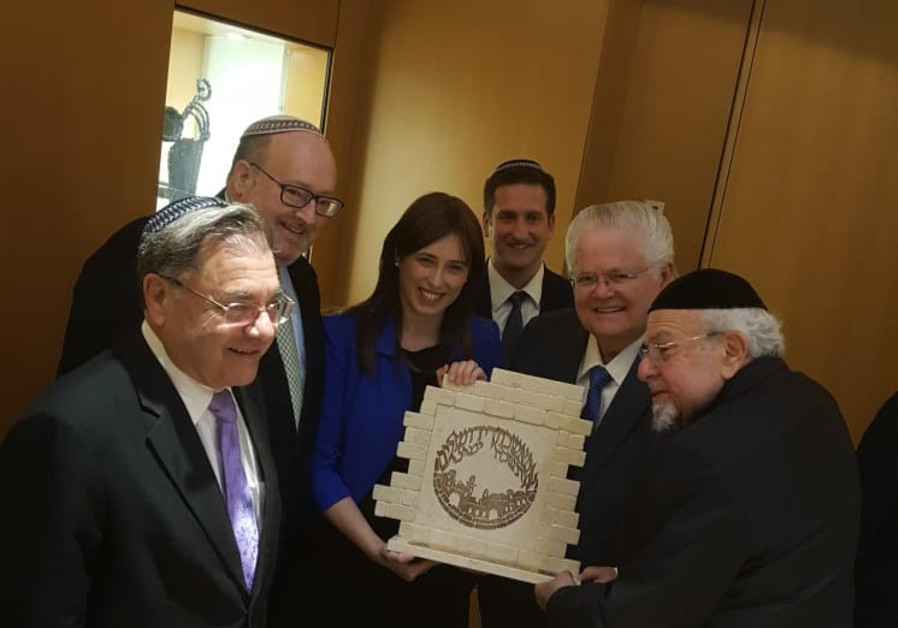 The Foreign Ministry, together with the Center for Jewish-Christian Understanding, bestowed Rabbi Aryeh Scheinberg with an award on Sunday for his decades of work for strengthening Jewish-Christian ties.

The award was presented to Scheinberg by Deputy Foreign Minister Tzipi Hotovely in the presence of Pastor John Hagee, head of an Evangelical megachurch and head of the Christians United for Israel pro-Israel (CUFI) organization, which numbers over four million members.

Also present were Rabbi Shlomo Riskin – the founder of the Ohr Torah Stone network, to which the center belongs – and Rabbi Dr. Kenneth Brander, the president of Ohr Torah Stone.

In 1981, following Israel’s bombing of Iraq’s Osirak nuclear reactor and the international criticism of the Jewish state that followed, Hagee decided to organize “A night to honor Israel” in his hometown of San Antonio for Christians and Jews.

Hagee approached Scheinberg to participate, and after consulting with other rabbis and advancing the stance that they should give Hagee a chance despite skepticism about his agenda, the rabbi agreed to participate, thus beginning four decades of cooperation between the two.