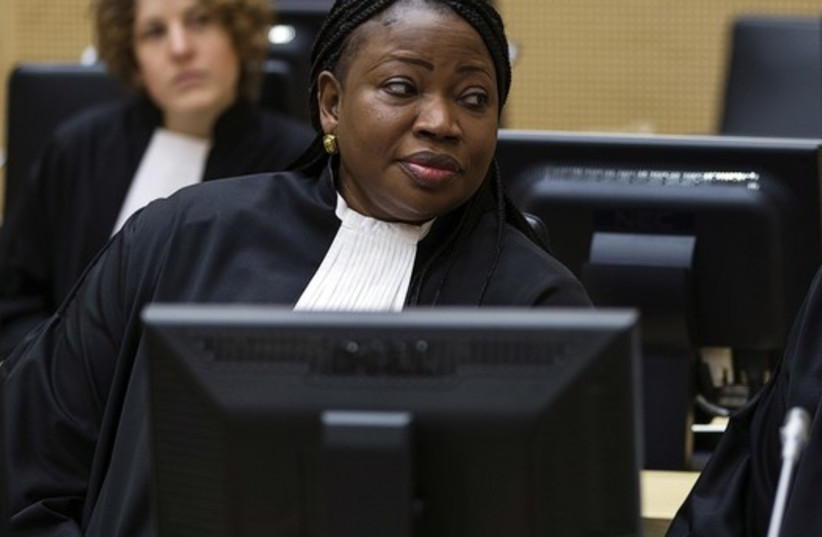 Pastor John Hagee, the founder of Christian United for Israel (CUFI), released a statement on Monday, calling the International Criminal Court’s (ICC) decision to launch an investigation of Israel “absurd.”
“The Court is preparing to launch an investigation at the behest of a state that does not exist, into a state over which they have no jurisdiction,” Hagee said in a statement.

“If the ICC applies one set of rules to the rest of the world and one set to the Jewish state, that is — plain and simple — rank antisemitism.” “For years, the Palestinians have undermined the foundations of international institutions in an effort to demonize Israel,” he continued. “This exercise by the ICC will achieve the same result and serve only to show that the Court is amenable to applying a double standard to the Jewish state,” Hagee added.

“The Court has no jurisdiction over Israel or the disputed territories,” added Sandra Parker, Chairwoman of the CUFI Action Fund. “Where does it end? Who is next? Are we to expect that one day American Special Forces will be hauled in before the court for killing terrorists on foreign soil?,” she further mentioned in statements condemning the ICC.

Israeli Prime Minister Benjamin Netanyahu also reacted on Monday to the ICC decision to probe Israel, condemning the ICC’s action because it “constitutes pure antisemitism. The ICC believes Jews do not have a right to settle in our historic Jewish homeland or to defend ourselves against enemies seeking our annihilation,” Netanyahu tweeted.
“As we celebrate Chanukah, the ICC is attempting decrees that are just as antisemitic as those of the ancient Seleucid Empire,” Netanyahu added.

The ICC prosecutor Fatou Bensouda said on Friday that she believes Israel and the Palestinians have committed war crimes, leading to her plan to open an investigation into the matter.

“There is a reasonable basis to proceed with an investigation into the situation in Palestine, pursuant to Article 53(1) of the [Rome] Statute,” Bensouda said on Friday, in a statement that she published on the ICC website.

“I am convinced that (i) war crimes have been or are being committed in the West Bank, including East Jerusalem, and the Gaza Strip (“Gaza”)” and that “potential cases arising from the situation would be admissible,” Benousda wrote in the statement.
“There are no substantial reasons to believe that an investigation would not serve the interests of justice,” Bensouda wrote from the court’s offices at The Hague in the Netherlands.

Bensouda’s statement ended four years of speculation as to whether or not the ICC would dismiss the Palestinian Authority’s pursuit of a war crimes suit against Israelis.