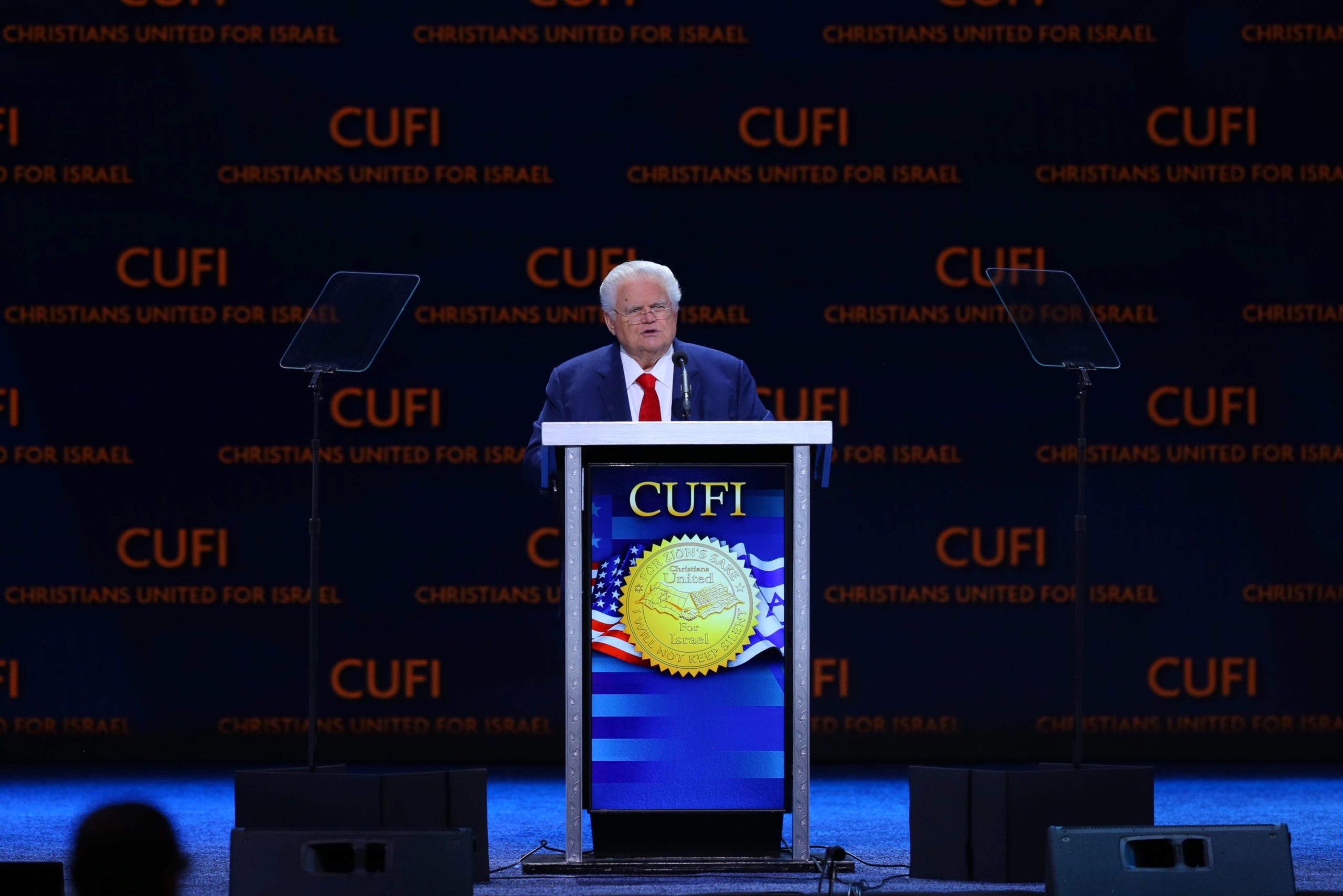 November 18, 2019 WASHINGTON – On Monday, Pastor John Hagee, the founder and Chairman of Christians United for Israel (CUFI), expressed support for the Trump administration’s revocation of the Hansell Memorandum:

“I want to express my profound appreciation to President Donald Trump for his bold and courageous support of Israel and the Jewish people. Thank you Secretary Pompeo for revoking the Hansell opinion of 1978 that held civilian settlements in Israel were not legal under international law.

“CUFI has opposed the Hansell opinion, as it pre-judged the outcome of any future discussions between Israel and the Palestinians; as such, we welcome its revocation.

“America’s new position concerning Israel is a 180-degree reversal of the Obama administration’s position on the settlements. If the U.S. is to be a loyal and true friend to Israel, we cannot seek to impose our will upon the Jewish state.  We must honor the Jewish state’s sovereign right to make decisions on matters of war and peace, free of international interference.

“The revocation of the Hansell memorandum is the latest in the Trump administration’s consistent and considerable support for our ally Israel: from standing with Israel in her efforts to combat terrorists, to recognizing the fact that Jerusalem is the eternal and undivided capital of Israel, to moving the U.S. embassy to Jerusalem and recognizing Israeli sovereignty over the Golan Heights. We are grateful to President Trump for treating Israel like an ally and respecting the will of the Israeli people as expressed by their elected government.

“God bless you Mr. President, and God bless you Secretary of State Pompeo. Thank you for this historic decision.”