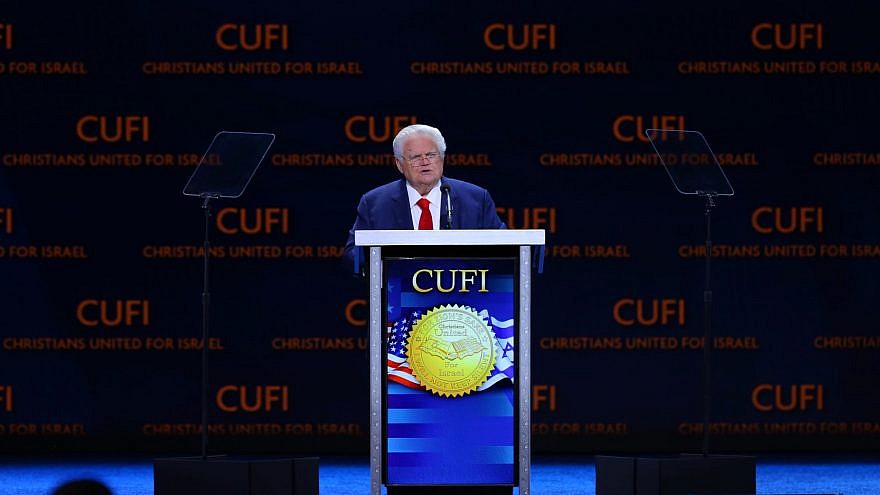 Christians United for Israel (CUFI) is calling on America’s leadership to back U.S. President Donald Trump’s “Peace to Prosperity” plan for ending the Israeli-Palestinian conflict and to support Israeli Prime Minister Benjamin Netanyahu’s push to extend sovereignty over Judea and Samaria.

CUFI founder and chairman Pastor John Hagee published an op-ed in Haaretz on Sunday, urging “American to boldly stand with its greatest ally and go forward with the Trump Peace Proposal.”

He said the Mideast plan is the most “realistic effort” by the United States to help end the conflict, and that “this includes Israel’s exercising its sovereignty over portions of Judea and Samaria, and once again offering the Palestinians an opportunity to have a prosperous and independent existence.”

The push by Hagee, whose organization claims more than 8 million members, comes ahead of the July 1 proposed time frame when Israel could decide to move ahead with applying sovereignty to parts of Judea and Samaria, referred to by most media as the West Bank.

Nevertheless, the measure has received significant pushback from detractors, who contend that sovereignty could spell an end to a two-state solution and also harm Israel’s relations with its allies in Europe and the Middle East. They cautioned that it could also spark regional violence.

Sandra Parker, chairwomen of the CUFI Action Fund, dismissed these concerns. “The White House’s peace proposal is the first to ensure Israel can secure its borders and that Palestinians have the opportunity to build a real future,” she told JNS.