Remembering 9/11 and the US-Israel Relationship

Remembering 9/11 and the US-Israel Relationship

The US-Israel relationship is founded on shared values, such as a love of life and liberty. But the true depth of friendship is often realized on one’s darkest day. On September 11, 2001, Palestinians danced in the streets, and Israelis wept for their American brothers and sisters. No people on Earth understand the pain, anger, and loss Americans experienced on that horrific day as do the Israelis.

It is thus sadly fitting that on a hill in the Arazim Valley of Ramot, Jerusalem, in direct view of Jerusalem’s main cemetery, there exists the only memorial to 9/11 victims outside the United States listing the names of all 3,000 victims of that attack. The base of the memorial is made of a piece of metal from the ruins of the Twin Towers. And people from all over the world come to this hallowed place in the world’s holiest city to pay their respects to those lost on the morning of the second Tuesday of September 2001.

This week, on the 19th anniversary since that tragic day, we honor the memory of the victims lost. May their memories always be a blessing. We also stand with our ally, Israel, as we fight together against radical groups that seek the destruction of the United States, Israel, and the Western way of life. 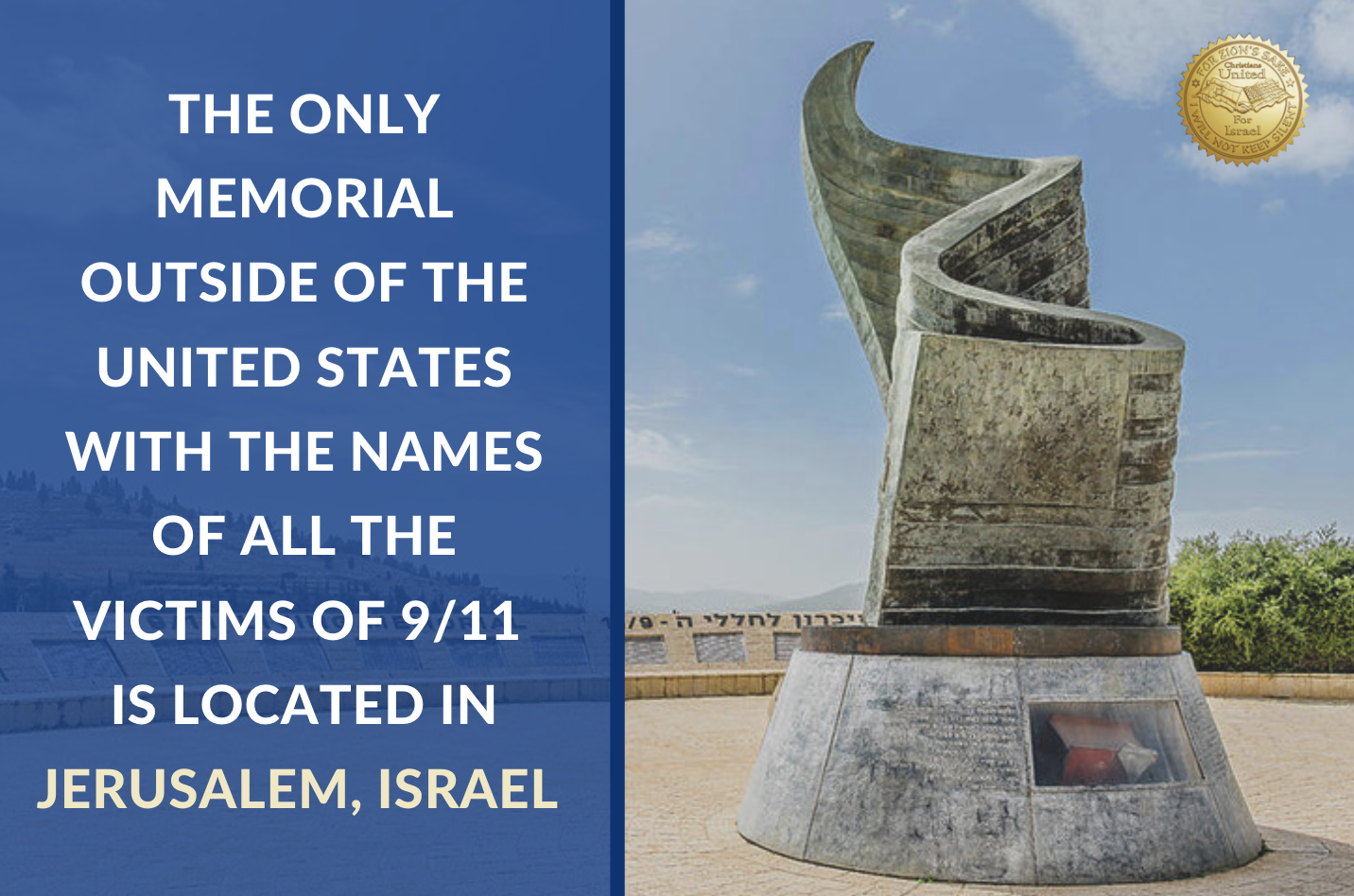 The base of a 9/11 memorial crafted with a piece of metal from the ruins of the Twin Towers, located in the Azarim Valley of Ramot, Jerusalem.

Thank the IDF for serving their country and fighting terrorists who are common enemies of America by sending them a special message here.

To learn more about the strong and vital ties between Israel and the United States, watch Episode 168 of The Watchman, “God’s Role in the U.S.-Israel Alliance.”