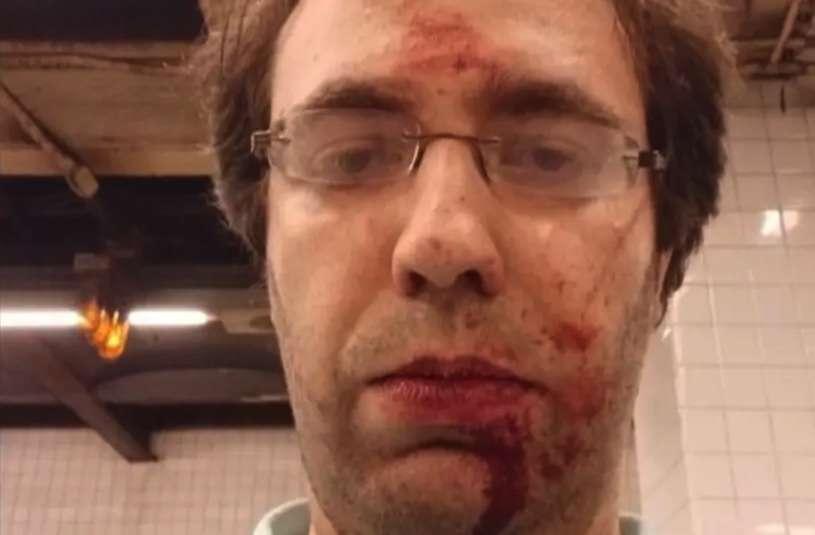 A Jewish man was punched while traveling on a New York City subway last Tuesday, in another incident in a spate of assaults on Jewish New Yorkers.

Fima Zlatsin said in an interview with Americans Against Antisemitism (AAA) founder Dov Hikind that he was on the subway when a group entered his car with speakers, and one of the men did a dance flip, landing on Zlatsin’s foot.

The suspect, described by Zlatsin as an African-American man in his 20s, reportedly expressed that he thought that Zlatsin was filming with his phone following the alleged attacker’s jumping on Zlatsin’s foot.

“Give me the phone, Jew,” Zlatsin said the attacker demanded.

Zlatsin said that he refused the demand, and was immediately punched in the face.